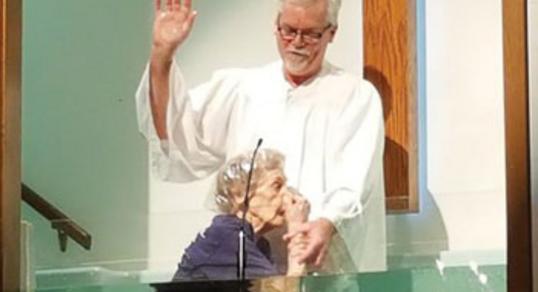 Joy Campbell, who has shared a house with White for several years in Ruston, La., became increasingly aware this year that White lacked the confidence of Jesus in her life.

So, Campbell took a bold step and asked White if she knew Christ as her personal Lord and Savior.

For several weeks, Campbell continued the spiritual conversations and prayed for her roommate until one day in August when White made the decision that she indeed needed Jesus and publicly announced her profession of faith to the congregation at Cook Baptist.

The news stirred joy inside Campbell and brought back memories of another person she knew who embraced a relationship with Christ.

Campbell had been married to her husband Henry for 34 years when she realized he did not know Jesus. A deacon at the time, he admitted he did not have a saving knowledge of Christ.

So in 1980, at age 64, Henry Campbell professed Jesus as his Lord and Savior. From that point until his death in 2010 Henry exhibited the change in his life because of his faith in Christ.

“I was surprised he wasn’t a Christian because he had been serving in the church so long,” Campbell said. “We as Christians need to realize that some of our people are active in service but don’t know Jesus.

“So I began praying for him and he one day accepted Christ,” she continued. “With my husband and Ophelia, it was a reminder that it’s never too late to become a Christian and that you should never give up on a person. It takes time, a lot of time.”

White’s baptism came as an encouragement for the Cook Baptist congregation not just as a reminder that it is never too late to accept Jesus. It also is evidence of how the witness of a close friend can be a catalyst for a lost person to become a Christian, said Todd Free, the church’s discipleship and administration pastor.

“It’s inspiring to people, particularly for senior adults, to know that God is still touching hearts even in the elderly years,” Free said.

“There are many others like Mrs. White who went their whole life thinking they knew Christ but understood later their need for Him.

“I’m praying we have others in our congregation who have a similar story will have the courage to do as Mrs. White,” Free said. “We see her testimony as a gift from God to our church and are grateful He allowed us to be a part of this.” 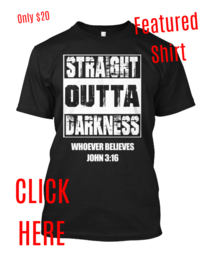 Wearing a shower cap only moments from entering the baptismal waters, Ophelia White was beaming with excitement.

With the encouragement of friends gathered in the Cook Baptist Church worship center, the 94-year-old new believer was baptized, answering the prayers of those closest to her.

“I want people to know it’s never too late,” White said. “Get with it.”

When she was a young girl, White’s mother urged her to go forward and ask to be baptized. Not fully realizing why she was doing so, White obliged and for decades believed she had a relationship with Christ.